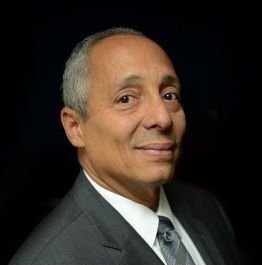 Stephen Glaude is currently the President and Chief Executive Officer of the Coalition for Non-Profit Housing and Economic Development (CNHED). CNHED is a coalition of non-profits, for profits, financial institutions and others committed to affordable housing and economic opportunities for low-income residents of the District of Columbia.

Stephen has a rich legacy of service in government, business and the nonprofit sector. In government he has worked in high level positions at the Federal, state, and local levels. At the Federal level he served as Deputy Undersecretary at the U.S. Department of Housing and Urban Development, Director of Discretionary Grants at the U.S. Department of Health and Human Services and as Special Assistant to the Presidents at the White House. Locally he was Director of Community Affairs in the Executive Office of the Mayor. He also served as Director of Great Expectations Foundation under New Orleans’s Mayor Marc Morial.

In the Non-Profit world he has served as President and CEO of three national organizations, the National Association of Neighborhoods, the National Congress for Community Economic Development and Men Can Stop Rape, Incorporated. Stephen has also owned and operate three for profit businesses, a vegetarian catering service, a trucking company and a consultant firm.

Stephen has received many awards throughout his life and career. Most notable of his awards are the President’s 2nd Mile Award in college from Morgan State University, the highest student honor, the Secretary’s Golden Eagle award, the highest non-military federal honor while at the U.S. Department of Housing and Urban Development, and just recently the Diane Sterner Award for Lifetime Achievement from the National Alliance of Community Economic Development Associations(NACEDA).

Currently Stephen is on numerous Boards of Directors and Advisory Councils. Most notable are his board appointments to the National Alliance of Community Economic Development Associations, the National Caucus for the Black Aged, the Wells Fargo Bank Where We Live Campaign and the Anacostia Coordinating Council.

Stephen is a native Washingtonian and proud father of three children and grandfather to three grandchildren.