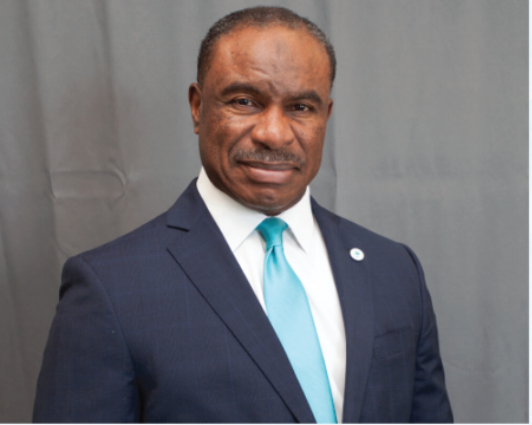 Since November 1, 1998, Bernie Mazyck has served as the first President and Chief Executive Officer of the South Carolina Association for Community Economic Development. SCACED is the state's trade association and funding intermediary for Community Development Corporations, Community Development Financial Institutions, and grassroots economic development organizations. Through its network of members and partner organizations, SCACED strives to improve the quality of life for poor families and communities by providing innovative and sustainable solutions to low-wealth communities in South Carolina. SCACED achieves this through capacity building of community-based organizations, attracting public and private capital to local community economic development organizations, as well as influencing the public policy process that benefits poor and marginalized people in South Carolina.

Bernie is a graduate of Charleston Southern University with a BS in Biology, and of the Interdenominational Theological Center in Atlanta, Georgia with a Master of Divinity degree, with a concentration in Ministry with the Poor. In 2000, Bernie completed the Program for Senior Executives in State and Local Government at the John F. Kennedy School at Harvard University.

Bernie is the recent of numerous awards, to include 2021 50 Most Influential by Charleston Business Magazine, 2016 South Carolina African American History Calendar Honor, 2020 Community Development Association Leadership Award from the National Alliance of Community Economic Development Associations, and the 2021 Servant Leadership Award from the SC Commission for Minority Affairs. Bernie is also the 2004 recipient of the Order of the Silver Crescent from Governor Mark Sanford and the 2014 recipient of the Order of the Palmetto from former Governor Nikki Haley.  The Order of the Palmetto is the state’s highest civilian honor for service to the state.